According to Illinois state law , all daily prayer including Friday Prayers will be suspended till further notice.

Udhiyah or animal sacrifice is an act of worship which reminds us of the great act of sacrifice that Prophet Ibrahim and Isma`eel were willing to do for the sake of Almighty Allah. It is not required for the head of the family to offer a separate sacrifice for every member of the house as one sacrifice is sufficient for the whole family.

Dr. Muzammil Siddiqi, of the Fiqh Council of North America, states:
Offering udhiyah (sacrifice) during `Eid Al-Adha is regarded as wajib or mandatory according to Imam Abu Hanifah and as sunnah mu’akkadah or confirmed Sunnah according to other jurists. 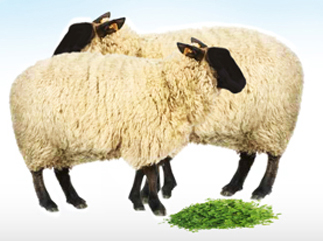 Udhiyah (sacrifice) is an act of worship (`ibadah). As we have the times of prayers so we also have time for making a sacrifice during `Eid Al-Adha. The time of sacrifice remains until sunset on the 12th day Dhul-Hijjah. (This is according to some jurists as there is another opinion stating that the time is extended until the sunset of the 13th day). It is not required for the head of the household to offer a separate sacrifice for every member of the house, rather one sacrifice would be sufficient for the whole family. However, if other members of family own the nisab of zakah, then they must offer their own sacrifice. One goat, lamb or sheep is on behalf of one person, but seven people can share in offering one cow or camel.

The udhiyah is the Sunnah of Prophet Ibrahim, Prophet Isma`eel and Prophet Muhammad (peace be upon them all). It has a meaning and significance. It reminds us of the great act of sacrifice that Prophet Ibrahim and Isma`eel were willing to do for the sake of Almighty Allah. Allah spared the life of Prophet Isma`eel, but He told us that, (And We ransomed him with a momentous sacrifice.) (As-Saffaat 37: 107). The “momentous sacrifice (dhibhin ‘athim) is the sacrifice of the billions of people who have been remembering this tradition for the last four thousand years. Other people who claim to follow Prophet Ibrahim have forgotten this tradition, but we Muslims have kept it alive without any interruption. We must keep this Sunnah and should not forget it.

There is no substitute for udhiyah. However, if one wants to offer a nafl (non-obligatory) sacrifice on behalf of oneself or one’s deceased parents or some other relatives, one has a choice either to make udhiyah or give the price of the animal in charity.

The meat of the udhiyah should be divided in three equal portions: one for oneself and the family, one for friends, and one for the poor and needy. If there are more poor people, then it is good to give all of it in charity to the poor and the needy. Here in US and Canada we may not need the meat that much, but there are many other places where people do not get meat. It is, perhaps, better for us here in America if we give the money to some dependable relief organizations in order to make udhiyah on our behalf; and to distribute the meat among the poor and needy in poor countries and in countries where people are suffering due to wars, economic sanctions or natural disasters.

give a lasting charity

Support the Masjid with a small recurrent Sadaqa of $30, $50 or $100 a month so we continue providing an environment in which men and women may worship with peace of mind and a sense of home, and where youth learn the morals of their religion.