Donate and Support your Mosque Annual Fundraising Event. Mosque Fundraising will be on Saturday, October 3, 2020 on Facebook Live at 8:30 pm 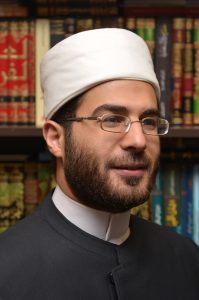 Imagine a person dedicating an entire month accumulating a large amount of money tirelessly and suddenly throwing it away! How would you view that person? Unfortunately, this is the condition of many people who earnestly worship Allah ﷻ during Ramadan and turn to sin or neglecting their religious duties after Ramadan. The Quran illustrates this condition stating, “And do not be like the one who untwisted their spun thread after it was strongly done” (Quran 16: 92). In this verse, we find a reproach to those who made a covenant with Allah ﷻ but failed to keep it. The verse could also apply to those who exert their utmost in Ramadan and dedicate time for praying, fasting, giving, forgiving, Qiyam, Quranic recitations, and ‘Itikaf and, yet, abandon most of these acts of worship as Ramadan comes to an end. The following attempts to outline three basic tools that can help us maintain the great values gained during the month of Ramadan.

If you feel that you are neglecting your religious and moral duties after Ramadan, you should sincerely ask yourself why you were so committed to worship in Ramadan. Was it for seeking people’s approval or for seeking Allah’s pleasure? If your Ramadan worship was dedicated to Allah as the only Witness for and Compensator of your deeds, you successfully managed to meet the condition of Ikhlas without which our deeds would be rejected.

One way to test your level of Ikhlas in Ramadan is to examine your life after Ramadan. If you genuinely had Ikhlas in Ramadan, you should maintain your religious duties after Ramadan since the God of Ramadan is the same God of Shawwal and the other months of the year! If you managed to pray eleven rak’at after Ramadan’s ‘Isha’, then five-rak’ at of Qiyam, for instance, should not be an impossible feat. If you fasted correctly in Ramadan, even though you could have broken your fast without anyone noticing, you should have some remnants of muraqabah (living in the presence of Allah) in your heart. To maintain this muraqabah after Ramadan, make sure that you do some good deeds entirely for Allah ﷻ without allowing anyone to know. In this way, you are training yourself to be satisfied with Allah’s sole knowledge of your actions, thereby resisting working only to gain people’s approval.

Praying five times a day is a great way to maintain Istiqamah (steadfastness). Let us rediscover the power of the Muslim prayer in helping us stay on the Straight Path. During Salah, as illustrated by sujud (the prostration position), we declare Allah’s supremacy and our complete submission to His Will by placing our forehead on the ground in complete humility. Therefore, Salat represents an implicit commitment to obeying Allah and a solemn promise to stay away from haram. So when we make sujud, we remember our sins and shortcomings and commit to renewing our covenant of obeying Allah. It is like saying, “Oh Allah, we are sorry for the sins we committed; so, forgive us.” That is why sujud is associated with crying as the Quran describes the righteous’s prayers, “They fall down on their faces in tears” (Quran 19:58).

Accordingly, we should view sujud as a means of ‘daily repentance’—something that protects against Shaytan’s (satan) attempts to make us despair of Allah’s mercy. Shaytan works to dissuade us from maintaining the level of ‘Ibadah we have by making us feel guilty of hypocrisy if we decide to go to the Masjid.

Essentially, Shaytan cannot defeat a practicing Muslim who always maintains daily prayers and recognizes the significance of sujud. If a Muslim sins Thuhr, they have an appointment with Allah ﷻ at ‘Asr to wash away this sin and renew the covenant with Allah. If the same person sins after ‘Asr, they will get rid of it at Maghrib and restore Allah’s relationship. This happens five times a day. In other words, Allah gives us five main, obligatory chances to start a brand new life, follow His Way, and avoid the paths and whisperings of the Devil. Thus through Salat, and particularly sujud, you have the chance to wash away your past sins and embrace a new beginning every day.

In this way, Salat is the fountain of hope for everyone who tries sincerely to overcome Shaytan’s whisperings and to nurture their spirituality. The late Sh. Muhammad Mutwalli Ash-Sha’rawi once said—with some modifications and additions—: “Can you imagine that your car will break down if your mechanic checks it out five times a day? It will most likely not simply because if the mechanic notices a problem, he will fix it right away. Similarly, Muslims present themselves five times a day before Allah to check the level of their faith and character and to cleanse themselves from the dirt of sins.”

Imam al-Bukhari and Imam Muslim reported, on the authority of Abu Hurayrah (R), that the Prophet ﷺ once asked his Companions, “‘What do you think if one of you had a river running past one’s door and one bathed in it five times a day, would there be any trace of dirt left on him?’ They replied, ‘No trace of dirt would remain on him.’ Upon this, the Prophet ﷺ replied: ‘This is the case with the five daily prayers, through which Allah washes away our sins.'”

In contrast, abandoning Salat will result in being easily trapped by Shaytan and following our whims and desires. In reading the Quran carefully, we find a close connection between abandoning Salat and following our lusts and desires. Allah ﷻ says, “There came after them an evil generation that neglected their prayers and followed their whims; so, loss awaits them—except those who repent and have faith and do good deeds. Such will enter Heaven and will not be wronged at all” (Quran 19: 59-60).

Pray that Allah guides you to His Straight Path and keeps you guided. The Prophet ﷺ taught us to pray, “O Allah, Who turns the hearts, keep our hearts steadfast upon Your Deen.” For such a supplication to be effective, it requires sincerity, certainty, and action. Pray to be guided sincerely as you would ask to be rescued if you were stranded in the middle of the ocean on a wooden board. Pray with certainty and hope and do not belittle yourself since Allah loves those who turn to Him in repentance. Be practical in your prayers by having good friends, and staying away from bad ones you know will keep you away from Allah.

We ask Allah to lead us from sin to forgiveness, from darkness to light, from fear to trust, and from hatred to love. O Allah kindle in our hearts Your love, the love of those who love You, and all that You love. Ameen.