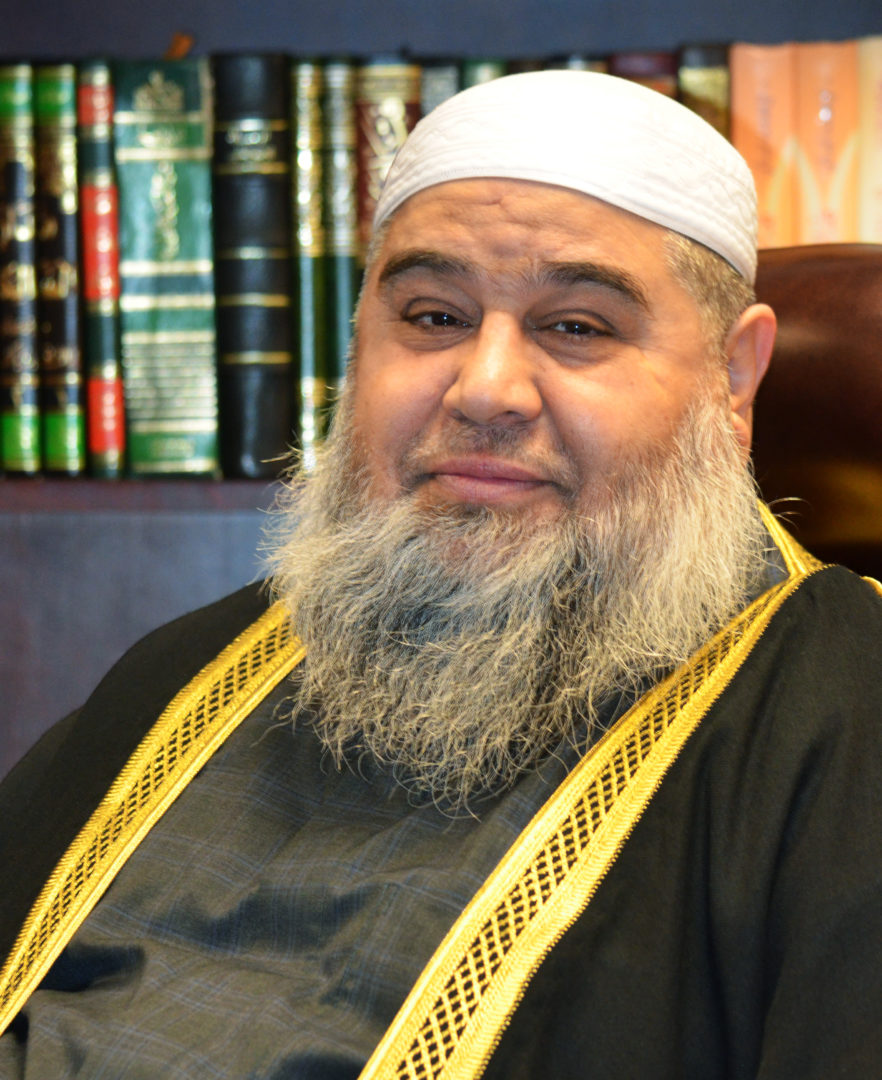 Say, I Believe in Allah, then Stay Firm

When Sufyan Ibn Abdillah asked Prophet Muhammad ﷺ, “Tell me about a statement in Islam (that will suffice for me) so that I will not ask anyone else aside from you,” the Prophet ﷺ replied, “Say I believe in Allah, then stay firm [on Allah’s religion]” (Muslim).

In Surat Fussilat, Allah ﷻ promises those who stay firm, as Prophet Muhammad ﷺ advised, “Indeed, those who have said, “Our Lord is Allah ” and then remained steadfast – the angels will descend upon them, [saying], “Do not fear and do not grieve but receive good tidings of Paradise, which you were promised. We have been your allies in the life of this world and are so in the Hereafter. You shall have (all) that your soul desires, and therein you shall have (all) for which you ask. An accommodation from (a Lord who is) Oft-Forgiving, Most Merciful” (Quran 41: 32).

If we claim to be Muslims, our intentions must be fulfilled through our actions. To stand up and be straight, as linguists define ‘istiqama to be, means being firm in our Islamic beliefs and values and choosing Islam every time we are pushed to question who we are and what matters most to us. It entails fearing transgression against Allah and adhering to His commands despite those who choose hate over compassion. It means not allowing the interference of fear bred by those who have no other means of gaining fame and power or the tasteless, cheap chatter of those who have nothing more to offer.

Where is ‘istiqama rooted?

The home of ‘istiqama is the heart, and the heart is the root of faith. If our belief is firm deep down in our hearts, all other parts of our body will follow suit. As our beloved Messenger ﷺ was reported to have said, “There is a lump of flesh in the body. When it is sound, the whole body is sound; but when it goes wrong, the whole body goes wrong (as a result). It is the heart” (Bukhari). Therefore, when our actions are corrupt, our heart is corrupt, which is the root of the challenges we face.

How does ‘istiqama look?

If ‘istiqama resides in the heart, then the tongue and limbs act following the commands of Allah ﷻ. The Muslim who has ‘istiqama does not engage in pointless chatter on the phone, idle time on social media, or other forms of communication, which eat away at the valuable, limited time we have in this temporary life. An individual with ‘istiqama is not a gossiper nor is interested in hearing it. Other Muslims’ personal lives are not a subject of interest unless they seek ways to offer help. Their tongues constantly remember Allah ﷻ in times of happiness and sadness.

In times of distress, the first word uttered from a person’s mouth is a cry for Allah’s help and mercy. Sufyan Ibn Abdullah ath-Thaqafi asked, “Ya Rasoul Allah! What do you fear most for me?” the Messenger of Allah ﷺ = took hold of the edge of his tongue and said: “This” (Tirmidhee).

It was also related by Sahl Ibn Saad that the Messenger of Allah ﷺ said: “Those who guarantee for me (‘istiqama by) that which is between their two cheeks (tongue) and that which is between their legs (sexual organ), I will guarantee for them Paradise (by the will of Allah)” (Bukhari). Then, the Muslim who possesses ‘istiqama protects their eyes and ears from that which will cause their tongues and limbs to transgress against the limits of Allah. ‘Istiqama includes avoiding listening to, reading, or watching displeasing content to Allah, whether in music, radio, television shows, online videos, video games, etc. As Muslims, we are responsible for the content we intentionally expose our limbs to and the consequences of that exposure.

What is the reward of ‘istiqama?

‘Iistiqama requires suppressing desires and temptations just as the majority of Muslims practice every year during Ramadan and are firm and patient in adhering to the commands of Allah. Muslims with ‘istiqama practice this all year long and are granted Jannah for their toils. Allah ﷻ states, “As for him who feared standing before his Rabb and restrained himself from impure desires and lusts. Verily, al-Jannah (Paradise) will be his abode” (Quran 79: 40-41).

How do we acquire ‘istiqama?

In times of trials and affliction, we remember Allah’s words, “If Allah touches you with hurt, there is none who can remove it but He; and if He intends any good for you, there is none who can repel His Favor, which He causes to reach whomsoever of His servants He wills. And He is the Oft-Forgiving, Most Merciful” (Quran 10: 107). Therefore, ‘istiqama requires reliance on Allah, fearing none but He, and dispelling all other fears from our hearts. Allah alone knows what is beneficial for us and what can be harmful to us. He decrees pleasures and hardships. We as created beings cannot completely comprehend nor understand the wisdom behind His decisions. Therefore, we must practice Tawakkul–handing over our affairs to Him and trusting His decisions while being patient during hardships or losses which He has decreed. Remember Prophet Musa standing with his people between the red sea and the troops of Fir’awn, the most powerful dictator at the time, as they cried out in despair, “Indeed! We are to be overtaken!” (Quran 26: 61) Musa turned to his companions with nothing to dispel their fears aside from his ‘istiqama stating, “No! Indeed with me is my Lord; He will guide me” (Quran 26:62).

Indeed, trials and difficulties make it more challenging for believers to maintain ‘istiqama since fitnah strikes directly at our hearts. The Messenger of Allah ﷺ said, “Al-fitan will continue to be offered to the heart, just as the strips that are being added together to form a woven mat. Any heart that accepts them (al-Fitan) will have a black dot engraved in it until it becomes dark with slight whiteness, and just as the cup that is turned upside down (and thus does not hold anything in it), they do not recognize that which is righteous, or recognize that which is evil” (Muslim). How accurate were his words ﷺ in relating to us the hearts of Muslims during the time of fitnah when we become unable to differentiate between that which is righteous nor recognize that which is evil.

Our victory can only come if we address the ills of our hearts and fill them with ‘istiqama, which requires an understanding and adherence to our manhaj. The Messenger of Allah ﷺ was reported to have said, “I have left you upon clear proofs, its night is like its day, no one deviates from it except one who is destroyed, and whoever lives (long) from amongst you will see great controversy. So stick to what you know from my Sunnah and the Sunnah of the rightly guided caliphs” (Ibn Majah). Our religion is based on clear tenants, including neither harm nor the imposition of harm. Those who rely on extremist views or violence do not understand the basic tenants of our faith.

May Allah ﷻ grant us and our children and their children ‘istiqamah in our hearts and not allow our hearts to deviate after being guided!