According to Illinois state law , all daily prayer including Friday Prayers will be suspended till further notice. 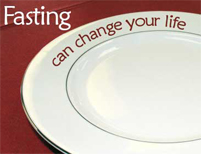 Ramadan Has Passed – Now What?

For thirty days we did the strange thing of voluntarily depriving ourselves from consuming what keeps us alert and alive, from those things that we love. And now that the celebrations of the end of Ramadan have finally quieted down, we wonder: Now what? The inner workings of religious rituals do not follow a rigid logic. In other words, once a ritual has been performed, its benefits are not merely stored as spiritual fat that nourishes us when we are in need. To keep the benefits nearby we are strongly encouraged to participate in the essence of the rituals we’ve just completed. When we complete Prayer, we says words of supplication and glorification to keep the sweetness of the prayer in our hearts. So to keep the great momentum of Ramadan going—its blessings and graces—we are advised to volunteer days of Fast during the year as much as one is able to. Fasting is an outstanding form of worship that is beloved by God and praised by the Prophet (peace and blessings be upon him). Its benefit is seen in this life. And in the Hereafter, there is special reward known only to God. People who fast will enter a magnificent gate in Paradise called Rayyan. Below is a list of some recommended times of the year, month, and week which one may fast.

• Month of Shawwal
The month immediately following Ramadan is Shawwal. There is enormous benefit in fastingsix of its days (consecutively or otherwise). The Prophet said that for whoever fasts the month of Ramadan and then six days of Shawwal, it will be as if he or she has fasted for the entire year.

• Month of Dhu’l-Hijja
Dhu’l-Hijja is the 12th month of the Muslim calendar, two months after Ramadan. The Prophet said about the first ten days of this month: “There are no other days in which good deeds are more beloved to Allah than these days.” He also said, “So say plentifully [during these days] tahlil (la ilaha illa’llah: there is no God but Allah), takbir (Allahu Akbar: Allah is great), and tahmid (al-Hamdulillah: All praise is for Allah).” From these ten days, one may fast the first nine, the tenth day being Eid al-Adha, which one must not fast. If one decides not to fast all nine days, then one should at least fast the ninth day, which is the Day of ‘Arafat, and who fasts this day (said the Prophet) his or her sins for the two past years shall be forgiven. The Prophet also said, “There is no day on which Allah frees people from the fire as He does on the Day of ‘Arafat.”

• Month of Muharram
Ibn ‘Abbas said, “The Prophet (peace be upon him) came to Madinah and saw the Children of Israel fasting on the tenth day [of Muharram]. The Prophet said, ‘Why is this?’ They said, ‘This is a righteous day; it is the day when Allah saved the Children of Israel from their enemies [Pharaoh and his folk], so Musa fasted on this day.’ The Prophet said, ‘We have more right to Musa than you.’” So the Prophet fasted on that day and recommended that others do the same. The Prophet also recommended that people fast the ninth day as well.

• Month of Sha‘ban
‘Aisha said that the Prophet did not observe voluntary fasting in any month as frequently as he did during Sha‘ban, which is the month immediately before Ramadan. In one narration found in Bukhari and Muslim, the Prophet fasted most of the month of Sha’ban with the exception of a few days.

• The “White Days” of Each Month
The Prophet recommended that we fast three consecutive days of the month when the moon is the fullest (hence “white days”), that is, the 13th, 14th, and 15th of each month of the Muslim lunar calendar.

• The Fast of Dawud
Fasting every other day is known as the “Fast of Dawud” (David), which the Prophet said was a beloved act of worship to Allah. It is a difficult regimen, but one that obviously has great benefit.

give a lasting charity

Support the Masjid with a small recurrent Sadaqa of $30, $50 or $100 a month so we continue providing an environment in which men and women may worship with peace of mind and a sense of home, and where youth learn the morals of their religion.