Is Objectivity for Muslims Impossible?

Is Objectivity for Muslims Impossible?

Is Objectivity for Muslims Impossible? by Deanna Othman 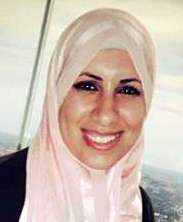 If you’ve been online this past week, chances are you are one of the 2 million people who have watched the clip of Reza Aslan’s interview on Fox News regarding his new book, Zealot: The Life and Times of Jesus of Nazareth. What should have been a debate surrounding the allegedly controversial content of Aslan’s book, which examines Jesus as a historical figure, a man in the context of the politics and society of his era, quickly escalated into an interrogation regarding Aslan’s legitimacy as a scholar, and his license to write such a book, being that he is, gasp, a Muslim.

Anchor Lauren Green focused her line of questioning around Aslan’s purported inability to act as a scholar of history, being that his faith as a Muslim must impair him with an inherent bias. Green insinuated that Aslan, a closet Muslim by no means, must have a hidden agenda in critically examining Christianity’s central figure, and questioned his motives for making assertions that may shake the foundations upon which thousands of years of dogma rests. What right does a Muslim (who also believes in Jesus as a prophet) have to even broach the study of this infallible religious figure? How dare he encroach upon such sacred domain? As preposterous as a Democrat writing about Ronald Reagan, Green asserts.

Let us leave aside the fact that Aslan’s work is not a religious but a historical one, and the argument that he may have misrepresented himself as a historian when technically he is a sociologist. Let us also leave aside the fact that perceived historical (or scientific) inconsistencies with matters of faith (which is what Aslan’s book discusses) haven’t caused the downfall of religion just yet, seeing as the very nature of faith negates the need to have every belief validated by historical facts. Nor should a belief necessarily be shaken if disproved by a historical fact, since belief in God inherently entails that any fact proven by a human being can be incorrect. That is the nature of belief. It can’t be completely scientific.

What remains central to this discussion is not the content of Aslan’s work of scholarship, but the role his identity plays in his ability to act as a scholar. What Green essentially holds is that a Muslim can never separate his religious identity from his identity as a human performing any other task, cited academic research included. But apparently scholars from any other background can perform this feat, impossible for those with Muslim entrenched in their DNA. Numerous scholars from other faiths have written histories of Islam and biographies of the Prophet Muhammad, peace be upon him, which are widely read and respected by Muslims. Among those scholars are Karen Armstrong and John Esposito.

A distrust of scholarship from Muslims, notice I did not say Muslim scholarship, as Aslan is not writing this as a Muslim scholar, being that his core findings contradict those held in Islam, is at the core of Islamophobia. Not only does such suspicion surround published work of Muslims on topics they allegedly should have no say in, but it also surrounds works of Muslims on Islam or political issues affiliated with Islam. How many Muslim academics teach the religion courses on Islam in universities? How many books on the development of Islamic movements have been written by Muslims and used as academic resources? If a Muslim can’t write on “non-Muslim” issues, and they can’t be trusted to write in an unbiased manner on “Muslim” issues, what exactly can they write about?

Aslan’s Fox interview epitomizes the marginalization of Muslim voices in media, both academic and journalistic. The only Muslim voices we have seen validated, embraced and proliferated are those who either have left Islam, criticize the faith or play into the fears of Islamophobes. Prominent examples of such voices include Asra Nomani, Ayaan Hirsi Ali and Irshad Manji. People who tell the stories we want to hear — stories of oppression, subjugation and radicalization — all of the juiciness with none of the bias, right?

As popular discourse would have it, one’s identity as a Muslim is like a toxin that seeps into every crevice of your being, polluting your actions and rendering you impure. Clarity of mind becomes impossible; any action, whether academic, social, political, or criminal, must be attributed to this toxicity.

There is no denying that one’s identity colors their view of the world. But that is a human attribute, not a Muslim one.

***Deanna Othman is a journalist from Chicago, IL. She currently works as the assistant editor of Islamic Horizons magazine. She has been published in the Chicago Tribune, Milwaukee Journal Sentinel, Daily Herald and on the blog Mondoweiss.