Maintaining the House of Allah

Maintaining the House of Allah 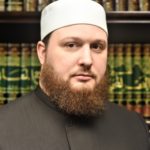 In his book, Allah the Most High mentions that he allows His “houses” to be established throughout the earth. Houses of refuge, of sanctuary for those seeking Him. Houses to escape, even for a moment, the temptations and beckoning of the outside world.

Allah the Most High says these houses are the closest places on this earth to Him. The Prophet ﷺ said, “The closest places to Allah are the Mosques, and the furthest places from Allah are the market places” (Quran 24: 36). The binding nature of the existence of a solid Masjid with genuine leadership in any community which expects to thrive in the pleasure of Allah is best depicted in the actions of the Prophet ﷺ when he first arrived in Madina after hijrah.

Upon the Prophet’s arrival in Madina, it’s mentioned that he chose a place for the Masjid of this new and first Muslim city to be built before dismounting his camel. After selecting the spot for the new beacon of Islam and guidance in the earth, the place from where the true successorship of Allah would resonate from throughout the rest of the world until the day of resurrection, the land was purchased, and building the Masjid was his priority. He proceeded to gather his companions and muster all of the Muslims’ humble resources at the time and built the Masjid himself with his own hands.

The Prophet ﷺ stated, “Whoever builds a Masjid for Allah, Allah will build a home for them in paradise.”  This means that if one designates a Masjid, a building, a plot of land only for Allah in the earth, Allah will set and establish a home for them only in the heavens. The Masjid in a community is truly the heart of the community, and as the Prophet, ﷺ says regarding the heart, “If it is healthy the rest of the body will be healthy and if it spoils so too will be the rest of the body.”

The stronger the Masjid is and the stronger its leaders and scholars and Imams are, the stronger the community, both Muslim and Non-Muslim, will be. For this reason, Allah emphasizes the construction and maintenance of the Masjids both physically and metaphorically as He has said: One should never deprive himself of this great bounty of guidance, and the more one is given the opportunity to help maintain the Masjid, the house of Allah, the more a person is guided and the more evidence from Allah they will have that they are true believers (Quran 9: 18). May Allah make us of those gifted with the opportunity to maintain the house of Allah in all ways, Ameen. And Allah knows best.