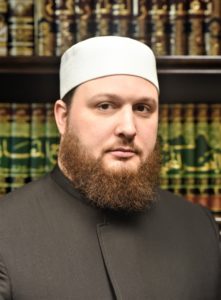 “And those who do not invoke with Allah another deity or kill the soul which Allah has forbidden [to be killed], except by right, and do not commit unlawful sexual intercourse. And whoever should do that will meet a penalty. Multiplied for them is the punishment on the Day of Resurrection, and they will abide therein humiliated. Except for those who repent, believe, and do righteous work. For them, Allah will replace their evil deeds with good. And ever is Allah Forgiving and Merciful. And those who repent and do righteousness do indeed turn to Allah with [accepted] repentance” (Quran: 68-71).

The scholars of Islam have derived from these verses and others like them that sin is of three main categories:

Provided these conditions are met, Allah guarantees forgiveness. As He says in the previous verses, “…for them, Allah will exchange their evil deeds for good deeds…” There are several dimensions to the meaning of this statement. However, most simply put, by repenting, one cannot change the past; what’s done is done and cannot be changed. However, one can change the way the past is looked upon and judged by Allah.

May Allah grant us all the most sincere of accepted repentance before we meet Him.