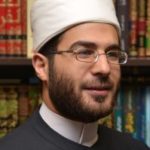 Abu Hurayrah reported that the Prophet ﷺ said: “A strong person is not one who frequently defeats people in wrestling; it is the one who keeps themself under control when anger arises” (Bukhari and Muslim).

Upon reflection, the hadith teaches that one’s real power and strength depend on one’s ability to control anger. In other words, uncontrolled anger is a sure way to lose your power and ruin your life. That is why anger is connected to serious crimes such as assault and murder and frequently associated with helplessness, loss, frustration, violence, and, eventually, regret. The hadith comes to correct the fallacy that calmness or forgiveness is a sign of weakness. In an obvious statement, the Prophet equates power with controlling emotions. A wise man said: “This person [who controls their anger] will not be enslaved by lusts, conquered by whims or defeated by anger.”

What is anger? It is defined as “A human emotion that varies in intensity from mild annoyance and irritation to strong fury and rage.” According to this definition, anger is a natural emotion experienced by all humans, like all other emotions, such as joy and happiness. Anger, in itself, is not a destructive emotion. The problem lies in mismanaging it. In his Ihyaa, Imam al-Ghazali makes this issue very clear as he observes: “Some think that anger can be totally eliminated and treated. Others think it cannot be treated at all.” Both opinions, continues the Imam, are faulty. “As long as humans love certain things and hate other things, they will surely be apt to anger. As long as things go your way, you will love them; otherwise, you will hate them. Anger follows that [love and hate].”

Accordingly, it is how you handle your anger that makes it acceptable or not. Maymoun ibn Mahran said: “A man came to Sulayman and said: “O Abu Abdullah, give me a piece of advice. Upon this, Sulayman said: ‘Do not get angry!’ the man replied: “You instructed me not to get angry; yet, sometimes it is uncontrollable.” Then Sulayman said: “If you get angry, control your tongue and your hand!” This conversation sets the big difference between controlled anger where no abuse is involved and uncontrolled anger that requires immediate treatment

Here is an example that shows the Prophet’s anger: Abu Mas’ud narrated that once a man said to the Prophet ﷺ: “I come late to the Fajr prayer because the Imam makes his Salah long. Then the Prophet ﷺ got angry. I had never seen him angrier before and said: “O people, some of you dissuade people [from Allah]. Whoever leads Salah should make it short for behind him are the weak, the old, and people with emergencies.” Although the Prophet’s anger was visible, it was constructive for the following reasons:

Usually, this controlled anger is a signal that alerts us that there is something wrong that should be corrected immediately. It also ignites us to reject domestic, social, economic, or political injustices and defend others’ rights. Countless organizations developed out of outrage for intolerable carelessness. For example, in 1981, after two Wayland High School hockey players were killed in car crashes, SADD (Students Against Drunk Drivers) was founded to oppose drunk drivers and worked on passing stricter penalties. Now the organization expanded its mission and name to be named Students Against Destructive Decisions to prevent all destructive behaviors that are harmful to young people, such as drinking, impaired driving, violence, and suicide.

As for uncontrolled anger, it should be considered one’s worst enemy. It is a sign of weakness, and sometimes a sign of insanity, that may destroy individuals, family members, friends, co-workers, or even nations. It may even cost your life! Mismanaged anger can lead to complicated physical, social, and spiritual problems that make it impossible for one to enjoy life. Physically, anger causes increased heart rate, blood pressure, and levels of adrenaline. Socially, it may lead to ruined marriages, demolished families, hostility, and losing friends. Spiritually, the enmity and hatred caused by anger lead to many spiritual problems. In his Ihyaa, Imam al-Ghazali observes: “Hostility results in eight matters against the hated person.

Due to all these damaging effects of anger, the Prophet instructed us not to get angry. According to Imam al-Bukhari, Abu Hurayrah narrated that a man came to the Prophet and said: ‘Give me some advice.’ “Do not get angry,” replied the Prophet ﷺ. Then the man repeated the request several times only to get the same answer from the Prophet. Scholars interpreted, ‘Do not get angry’ in two ways. First, avoid the situations that trigger your anger and work on developing your character. Second, do not act on your anger when it arises as Allah describes the righteous, “And those who avoid the major sins and immoralities, and when they are angry, they forgive” (Quran 42:37).

Steps to Manage your Anger: