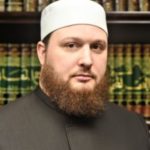 Allah, the Most High, describes in His Book a type of people promised total and absolute safety on the Day of Judgment. Those promised shelter and subsequent forgiveness of their sins; those whom Ibrahim the Messenger of Allah ﷺ asked to be considered amongst. Allah, the Most High, describes these people in Prophet Ibrahim’s ﷺ supplication as those with a sound heart.

“My Lord, grant me authority and join me with the righteous. And grant me a mention of honor among later generations. And place me among the inheritors of the Garden of bliss. And forgive my father; indeed, he has been of those astray. And do not disgrace me on the Day they (i.e., the people) are resurrected—the Day when neither wealth nor children will be of benefit. But only one who comes to Allah with a sound heart” (Quran 26:83-89).

In these verses, Allah describes the most critical part of the human being to be judged on that day: the heart. As the Messenger of Allah (PBUH) said: “Indeed Allah will not look to your bodies or your images when judging you, but rather to your hearts and actions” (Sahih Muslim). Our hearts and our subsequent actions, as they are an extension and result of what is in our hearts, will be the fulcrum of Allah’s judgment. It is indeed insufficient to claim purity of heart while coupled with foul actions, as our efforts are but a manifestation of what our hearts genuinely value. So much so, that Allah has, in instances, identified human beings with their actions. Allah describes Prophet Noah’s ﷺ son to him saying: “O’ Noah! He is not of your family, indeed he is unrighteous action” (Quran 11:46).

These verses and narrations bring into perspective the close relationship between the values we hold in our hearts and the actions we use to express these values. What the heart accepts and values dictates one’s activity, while one’s actions serve to reinforce the values held by the heart. Hence, we are implored in the Quran and Sunnah to reject any impulse to act out the impurities of our hearts but, more crucially, to purge our hearts. The scholars of Islam have divided the illnesses of the heart into two main categories:

The cure for both types is found in the Quran, as Allah stated that which means: “O’ mankind there has come to you instruction from your Lord and healing for what is in the breasts and guidance and mercy for the believers” (Quran 10:57).

The parable of illness in the heart, which culminates in foul action or foul inaction, is an infection that causes fever. A skilled doctor will address the temperature first as temporary relief and then look for the fever’s cause for permanent relief of both illness and symptoms. However, if one only addresses the fever and allows the infection to thrive, it will result in severe injury or death. Likewise, those who merely spend their lives suppressing disobedience do not address the inner illness of the heart, driving that impulse to disobey. If the disease is allowed to germinate in one’s heart, it may severely diminish the afterlife or even complete deprivation.

Hence we must continue to work on purifying our hearts with both immediate and long-term treatment. We should suppress the immediate impulse to disobey and then work to address the illness’s root for long-term relief. If the disease is not treated, it will overcome us when we are weak, like an infection that overwhelms the host when the immune system is vulnerable.

This is the meaning of the statement of the Prophet (ﷺ) when he said: “I swear by Allah, The One whom none is rightfully worshipped but He, that an individual may perform the deeds of the people of Paradise till there is but an arm’s length between him and it, when that which has been written will outstrip him so that he performs the deeds of the people of the Hell-Fire and then enters it” (Bukhari and Muslim).

May Allah teach us of His Book what we are ignorant of and benefit us with what He has taught us.